IT |  Cantierezero is an international music collective founded in 2010 by the pianists Stefania Amisano and Claudio Cristani (Duo Novalis) and the composers Giorgio Klauer and Stefano Trevisi. The collective have a keen interest in encouraging new paths in the field of contemporary chamber music through ideation, realization and documentation of original projects. The artistic engagement of cantierezero is focused on interdisciplinarity by blendig music with humanities, art, science, technology and commissioning both young and established living composer new chamber music works notably for unusual set-up, also in connection with electronics, visuals and performing arts. The collective regularly calls upon guest musicians, artists and researchers to collaborate with its founding members in order to realize its projects. Composers like Agostino Di Scipio, Gerhard E. Winkler, Grzegorz Pieniek, Johannes Kretz and the violinist Ivan Rabaglia have worked togheter with cantierezero. Since its debut, cantierezero is involved in an international performing activity and aims towards establishing itself as a reference among contemporary experimental chamber music ensembles. Among its most important projects, “bodysnatchers/ultracorpi” – for piano, violin, self-sensing actuators and electronics, premiered at the XIX CIM – Colloquium on Music Informatics in 2012 – furthers an acousmatic listening behaviour inside a mixed framework trought a unique dynamic instrumental preparation, especially developed and realized by Giorgio Klauer for the performance. Its projects were supported by Ernst von Siemens Musikstiftung, Istituto Italiano di Cultura di Vienna, Österreichisches Kulturforum Mailand, AIMI (Italian Association of Music Informatics), ÖGZM (Österreichische Gesellschaft für Zeitgenössische Musik), SKE – AKM Austromechana. 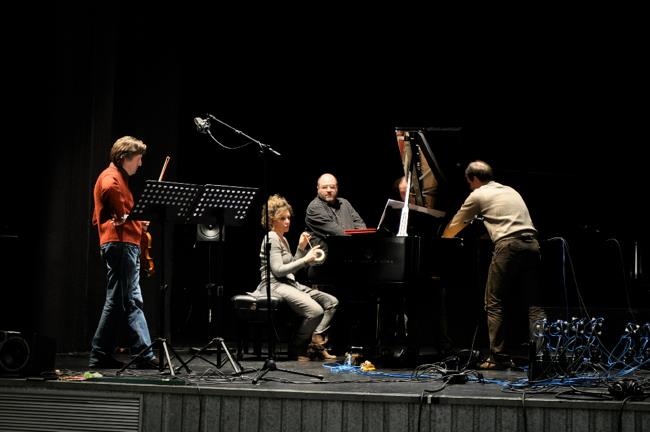 The documentation about the commissioned works and about their performances are collected into a repository which is accessible on the collective’s website and on request. Papers, reports and presentations will also be made accessible, while complete scores and recordings or copyrighted materials are available at request for private and research use only.